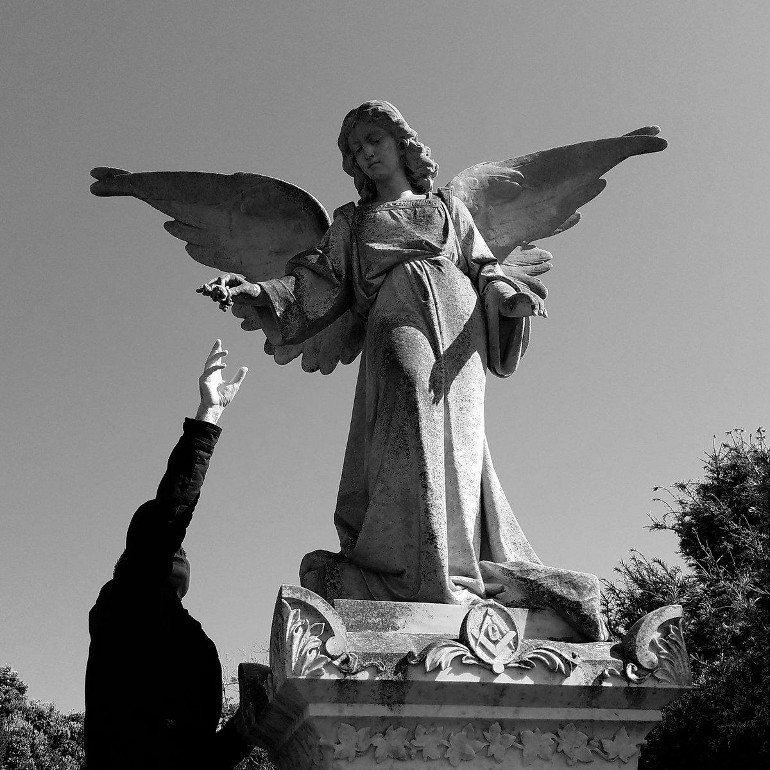 Suffering for Kisses is a Californian goth/post-punk project. On 3 May their first album, « Forever Waiting », was released. And we enjoyed listening to it!

I have been writing, playing and producing music since the early 1990's. My main music is produced under The Gnome or Gnomes of Kush and consist of Ambient and Down Tempo music. I also have a project called Gnome & Spybey with Mark Spybey of Dead Voices On Air that is experimental ambient music and Crisis Actor with David Thrussell of Snog that is more EBM / Industrial. My home base for years now has been the German label Ant-Zen and British label Section Records.

I am originally from Los Angeles but have lived in many different places. I am just currently living in Oakland. The Oakland / San Francisco Bay Area has always has a fairly strong Goth / Industrial scene.

I come from a background of producing and DJ'ing electronic dance music, so rhythm and bass has always been a strong factor with this. But, I did also take drum lessons for years when i was younger.

I mostly wrote these songs for my lover. She is always keeping me waiting haha ...but she is totally worth it!

I am influenced by everything! It is difficult so narrow down just a few. In relation to this kind of music I would say The Cure, Depeche Mode, New Order, Sisters of Mercy etc. The stuff i mostly grew up on in the 80's. It's always had a place in my heart and that is what inspires me.

Not sure! Let's see what the future brings...